“Mom, I need to tell you something,” my daughter spoke as I started the car after picking her up from the YMCA yesterday, “but I don’t think you are going to like it.”

I love sentences that start this way. I had no idea what was going to come out of her mouth next.  Let’s just say I never ran the following as a possible scenario in my head.

She proceeded to tell me that a 7th Grade boy on her afternoon bus was going around talking about his two favorite words, thick and moist.  I knew instantly what was coming next as I am my father’s daughter and have always had a dirty mind.  She continued by saying that this boy then proceeded to ask all the girls on the bus if he made them moist.

Uh, what?! Did I really just hear that correctly?!

My daughter, a wise soul (after all her name means Wise Fairy), was disgusted. Somehow, she knew what he meant at her tender age of eleven.  She scrunched up her face and replied with a huge “No!” when he asked her.  But that response wasn’t enough for this kid.  He then wanted to confirm her answer by asking if he could look to make sure.

I was worried what her response would be to this. I have always been straight with her, not sheltering her from the realities of this world.  I was very proud when she said that she told him, “Heck no!”  I am raising her right.

I had to digest all this. I knew I would feel disgusted if someone asked me this and I am in my late 30s.  When we got home I was curious to see what her father’s response to this situation would be, hoping that some reaction would be given.  Knowing my husband, I knew I was asking for a bit too much.  He said that this is the age boys get disgusting and that our daughter responded correctly.

As the discussion progressed during dinner, more questions arose in me.

“Did the bus driver do anything?” My daughter responded with, “No.”

“She didn’t say anything at all?!” My daughter responded, “Nope.  Well, at one point she tried to change the subject, but that didn’t work.”

Okay, bus driver, I know this is not really in your job description, but please say something even if just to the school.

Did I mention that this bus aside from having the Middle School kids, also has 4th and 5th Graders?

I was torn with how to react. So obviously, I posted it on Facebook leaving it to the internet gods to come up with a solid solution.  Waiting for reactions to start pouring in, I pondered this event more and more and became more saddened by it.  Of course, the kids in Middle School are learning about their bodies and how their bodies react hormonally, I can’t prevent that, nor do I want to.  But this, this wording… While he thought he was being cool, it was just feeding the Sexual Harassment frenzy that has snowballed into an avalanche in the United States recently.  It isn’t right, this wording isn’t right.  What this boy did, as many on Facebook agreed, was Sexual Harassment.  These girls aren’t going to know yet to tell him to shut up.  Most are going to shy away from it and pretend it didn’t happen.  Worse yet, is a 4th Grader going to know to tell him no when he wanted to check if they were or weren’t “moist”?

I woke up and checked Facebook this morning. I was met with generally the same reaction… this is Sexual Harassment, call the school and the bus company.  While I want to jump at the phone and dial the school’s number, I am undecided what to say.  I feel awkward using the word “moist” (God, what a horrible word) when discussing this with the school authority.  I also have no idea what the child’s name is.  What am I going to say, “Some 7th Grade boy is asking the girls on bus 20 if he makes them moist”?  But, I do not want this to die away.  This is extremely relevant especially at this prepubescent age.  This is the age where girls and boys are learning about what their body can actually do.  They are learning about sex.  They are learning about their body’s reaction to sex.  They are feeling awkward about it.  I mean my daughter still plugs her ears and sings “La, la, la” when I even try to discuss what a menstrual cycle is.  I also know that they are coming upon an age where some of their friends will sadly begin to engage in sex.  All this, all this means, they are coming upon the age of being sexually harassed.

It is sad, sad to think that I need to discuss in further detail what Sexual Harassment is to my newly eleven-year-old daughter. It is sad that this boy feels he can talk this way and get away with it, especially with all the recent events (Al Franken, Kevin Spacey, Harvey Weinstein, etc.).  It is sad that now somewhere in my town a parent might have to discuss this with their nine-year-old 4th Grader.  How does one delicately explain it to a mere child?  How do you teach your child this is not right?  There is no required training in this like there is at work.

So here I sit, angry, disgusted, saddened and a bit confused wanting to hold on to the little girl that still resides in my daughter, but knowing that in this day and age, she needs to grow up at a younger age than I did.

​My 22 year struggle with diagnosed Depression started at 14 (although I believe I suffered earlier than that).  Just barely a teenager, my family had moved from the only place I ever knew, the city of Brooklyn NY, to suburbia Western CT at the start of high school for me.  Being a teenager, I decided to suffer alone for as long as I could.  I expressed myself through poetry which when struggling with Depression now, I still do.  Below is a poem I wrote in 1995: 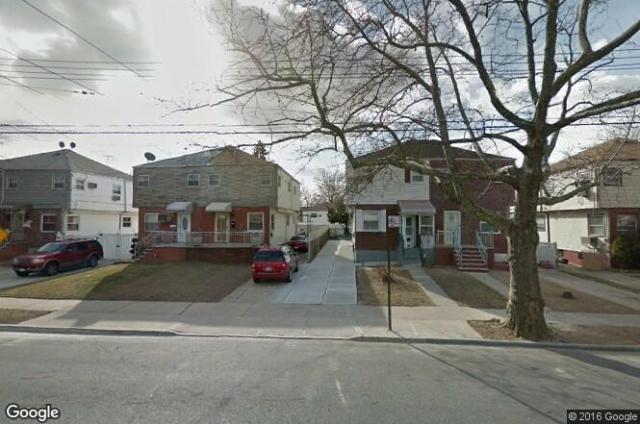 where you were nurtured

And where you were raised

Leaves a whimper or a

As if the tear was a brief

As if God is crying for you

Dependent on the feelings

Can cause brief sorrow

Leaving much melancholy.
For you will never visit

Or recline in the same bed

Or love the same place

that you still enjoy.

You will never see the sights

Calling for a ride,

You will never feel the same

Or breathe the same air,

filled with your life.
The clothes will never

quite fit the same

The languages will be forgotten

And your friends will be remote

to your pathetic living.

The new companions will never

Or understand where you come from

Or who you are

They will never be your

amongst the harsh winds,

Awaiting the arrival of a bus

or the arrival of spirit

And when people begin

to ask where you are from

You stutter in reply because

Though you know where

You are reluctant to answer

And you don’t dear reply

Where you are situated now

for you don’t belong.

You are not one of them

nor are you one

Of the people who you were.

to be a loner.
©11/15/1995 Stephanie Paige
Please talk with your children at an early age.  Talk to your teens.  Depression tends to manifest itself differently in the younger population.  Research the symptoms and clues and watch for them.  Most of all, be a strong support to your child.  I was and still am lucky to have the immense support of my parents.