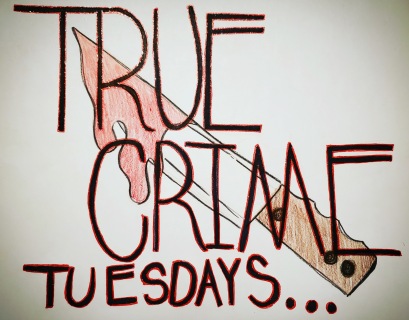 I watch Forensic Files to fall asleep. Most people read or listen to soft music. I need the sound of Peter Thomas narrating to lull me into slumber. Although, he is no Keith Morrison. Anyway, a few days ago as I binged watched Forensic Files for the umpteenth time, I came across an episode that piqued my interest not for the dumb criminal… but to turn the tables… the senseless jury and several law enforcement members. This is Season 8, Episode 7, “Once Bitten”.

The crime is horrific. In Phoenix, AZ in 1991, a lovely vivacious bar tender, 35-year-old Kim Ancona, is stabbed and brutally murdered and left in the back storeroom of the bar she was employed at. The bar owner finds her the next morning and immediately calls 911. The cops are doing their detective work and asking the owner and fellow employees who could have committed this crime. A few of the employees suggest frequent bar patron, Ray Krone. Many of them found him odd. Kim found him attractive and according to her friends, wanted to start a romance with him. Because of this Ray climbs the suspect ladder.

What ultimately seals his fate is a bite mark found on Kim’s body. The bite mark clearly shows a snaggletooth on the top front teeth. They notice that Ray has a snaggletooth after obtaining his bite impression, His blood type (Type O) is found to be the same as the blood found on Kim’s jeans. They also find dark hairs on Kim’s body and assume they are Ray’s even though they are Mongoloid and Ray is Caucasian. Remember, 1991 is before we had more in depth DNA testing. He must be the guy, right?! I forgot to mention, the police found a footprint at the scene. Men’s size 9.5. Ray, poor Ray, wears a 10.5 shoe. But he did it. We know he did. Because the cops said so.

Ray is quickly arrested and brought to trial.

Although his shoe size is bigger than what is found at the scene, the hair is Mongoloid and he has a solid alibi (I forgot to mention that too), Ray is found guilty because the solitary Forensic Odontologist the prosecution puts on the stand, Dr. Raymond Rawson, says without doubt, 100%, the bite mark is Ray Krone’s.

As a side note, in the episode, they show the bite mark and show Ray Krone’s bite mark on top of it several times. Even I can tell they aren’t a perfect match ignoring the snaggletooth. The original bite mark was wider than Ray’s set of teeth.

Ray is sentenced to death in 1992. He is granted a 2nd trial in 1996. This time the defense puts 3 other Forensic Odontologists on the stand who all agree that this infamous bite more is NOT Ray Krone’s. The prosecution, once again, puts Dr. Rawson on the stand who is still sticking by his first testimony that it is totally Mr. Krone’s. So, you would think with 3 other Forensic Odontologists refuting Dr. Rawson that Ray would be cleared of the crime, that reasonable doubt about the stupid bite mark would be found…

… Nope. Once again, this second jury finds him guilty and he returns to death row.

Ray educates himself in law while he is there trying to find some way of exonerating himself. The only evidence that has sentenced him to death is a bite mark that isn’t his. Ray’s luck turns around when Arizona, in 2001, created a new law that gave convicted felons access to the evidence in their cases as long as they continue to say they are innocent (frankly, doesn’t everyone claim innocence?!).

Ray has the evidence in his hands and time on his side because in the last 9 years, there have been tremendous advancements in DNA. He and his lawyers request DNA testing of the blood found on Kim’s jeans. The results come back…

There is a hit on the DNA to a man named Kenneth Phillips. Kenneth is of Native American descent (Mongoloid), wears a size 9.5 shoe and also has a snaggletooth. Oh, and at the time he lived 600 yards from the bar. Kenneth, a repeated violent sex offender & child molester (a real winner here), claimed he committed this crime while in a drunken black out. He said during interrogation, that he woke up with, literally, blood on his hands. Instead of going to the police, he just ignored it.

Ten years after Ray Krone was sentenced to death, he is released on April 8, 2002.

It is said that there was enough evidence back in 1991 to have put Kenneth Phillips on police’s radar for this crime, but they and prosecution members just ignored it and continued to pursue Ray Krone.

Ray Krone didn’t let his 10 years on death row after being innocent die down. In 2005, he sued the City of Phoenix and Maricopa County (and rightly so). He was awarded $3,000,000 and $1,400,000 respectively. He has become a huge activist in abolishing the death penalty and is the Director of Membership and Training for Witness to Innocence, a non-profit dedicated to ending the death penalty.

And Ray got his snaggletooth fixed.

Moral of the story: Never judge a bite by its snaggletooth or sometimes it isn’t the criminal who is stupid.