Have you ever felt alone? Different? Invisible?

I have most of my life. I knew from a young age that I wasn’t like other kids. I could not pinpoint what made me different with the exception to my extreme pessimism. It wasn’t until I was diagnosed with major depressive disorder at 14 that I became aware of why I was different. Because of this diagnosis and the fact that this was the mid-1990s, I was told by my parents to never bring it up. At the time they didn’t know any better since the stigma surrounding mental illness was so much worse than it is today. This just isolated me more. Aside from feeling different, I felt alone. I thought I was alone with my suffering, that no one else felt like I did.

Through the years, I have gone back and forth with depression and now anxiety to a point that I will not hide anymore. It is just too hard to keep it all in. I said screw it to the stigma and have become a huge advocate (and activist) for mental health. I had to, especially when my own child was diagnosed with an anxiety disorder at age 6 that was present for two years prior.

She felt alone and scared. She didn’t understand what was going on. She was a Nobody. 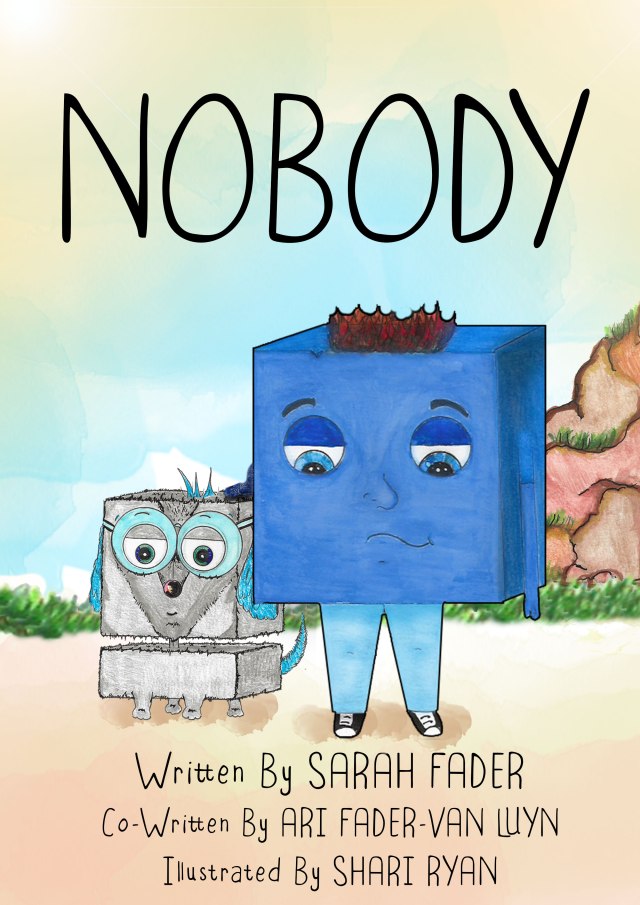 And that is Nobody’s dog, Nobody. And they live Nowhere.

This is a children’s picture book written by Sarah Fader (Founder of Stigma Fighters and Eliezer Tristan Publishing) and her young preteen son, Ari. Like my daughter, Ari feels like a Nobody because of the struggles he has been through. Both have felt very “ERRRRGH” and have the need to not feel like a Nobody anymore.

How I wish this book was around when my daughter was diagnosed. It would have let her know that although she is different, she is not invisible and alone. She is not a Nobody. She is a Somebody.

This is a great book to read to your young child that feels different, that feels like they do not fit in. It lets them know they are not alone and that there is always a Somebody out there for them.

Nobody is beautifully illustrated by Shari J. Ryan.

Okay, So Where Can I Find Nobody?

You can find Nobody by Sarah Fader and Ari Fader-Van Luyn at:

One thought on “When a Nobody Becomes A Somebody”