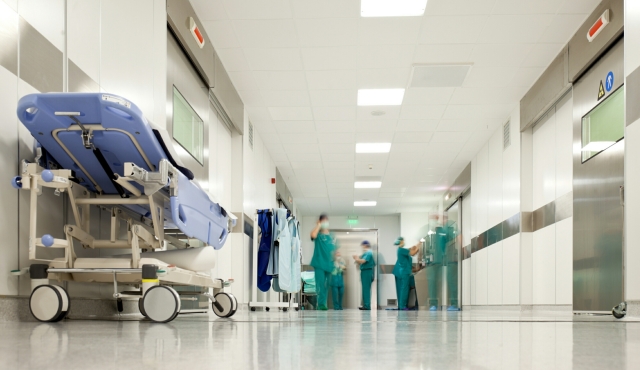 I grew up with the stigma that you never wanted to be known as crazy. Keep it quiet. Don’t ever speak about it. It can affect your grades, your career, your relationships. Hush-hush, on the down low. I obeyed these commands for fear that because I was a diagnosed depressed person, I would only be seen as crazy. I would be known as a woman who talks to herself or becomes violent because, well, that is how Mentally Ill people have always been portrayed in the media.

I’ll even admit, I fell victim to those views. I would thank God everyday that I was never hospitalized. I could live in silence with my depression and fane happiness by putting on a smile. Day in, day out, I plastered that smile on my face hiding the inner turmoil beneath. And then it happened, the day I feared the most, the day I had to be hospitalized.

At the time of my first hospitalization, I was deep into severe postpartum depression and anxiety. Honestly, I was extremely delusional and vaguely alive. My days were filled with multiple crying spells, several trips to the bathroom to vomit, not eating, not sleeping and spewing forth lies I believed that I didn’t love my daughter and my husband and her would be far better off without me. The week before entering the hospital, I was at my new psychiatrist three times and my new therapist twice. Five of those seven days I saw someone to help me and yet I was getting worse.

The final decision to go to the hospital was based solely on the fact that I thought I was extremely malnourished.

My mother brought me to the ER. I spent the next hour pacing the room or rocking back and forth in one of the waiting area chairs all while shaking uncontrollably and hyperventilating. My mother was extremely worried about me, beyond your typical Jewish mother worrying. She feared that my life was in danger. No parent ever wants to get to that point. Her fear never crossed my mind once as my only concern was my malnourishment.

I wasn’t deemed an emergency because I was not suicidal or having thoughts of harming myself or my child. I did, however, have extreme thoughts of running away, of removing myself from this situation, this situation where I didn’t love my daughter and wanted nothing to do with her. When I was brought back into a triage room and questioned by a physician’s assistant I explained quickly that I was one month postpartum and then angled in on my not eating/vomiting for a couple of weeks situation. The only doctor that was brought in to see me… a psychiatrist. This is where I was officially diagnosed with severe postpartum depression and anxiety. Her next question to me was:

“Are you willing to admit yourself to the short term psych ward?”

That is when I started to shake again. Tears rapidly fell down my cheeks. Psych ward? But that is for crazy people! Me? Crazy? Quick visions of strait jackets and padded rooms came into view. Fear that I would be drugged and left for eternity entered. I would never see anybody again. But this is what you wanted Stephanie, you wanted to run away and eradicate yourself from this world. Then I looked at my mother and my husband and said, “Yes.”

My initial day is a blur. I was so out of it, physically drained from all the crying, vomiting and shaking. I think I attempted to sleep through most of it. Of course, I was drugged, but at this point didn’t care. I didn’t care about my well being at all anymore. I could’ve wasted away to nothing and I would’ve been cool with that.

But, on day 2, I was pulled from my bed and brought to group therapy with the threat that I would have to go home if I didn’t ‘participate’. Therapy brought on stories from others who were ‘obviously’ more sick than I was, at least that is what I thought. I heard their struggles and their successes. I was given food and although it was very hard in the beginning, I started to eat and guess what? I didn’t throw any of it up. I was given coping tools in art therapy by drawing, crafting and journaling. I was becoming more human. Within days, I anticipated visiting hours when my baby girl would come to see me and I held her the whole time.

Being hospitalized saved my life. If I didn’t admit myself, I am not sure where my delusional thoughts would’ve taken me. The hospital gave me the ‘Me’ time I so desperately needed. It gave me a break from my responsibilities to others and forced me to take care of myself first. It gave me medication that got me stable (although apathetic). I felt safe there, safe from myself.

I felt so safe there that when, 8 years later, I needed help badly, I knew I needed to be hospitalized and begged for it. Once again I was riddled with extreme anxiety that had me nauseas from sunrise to sunset. I had lost lots of weight and was grieving the loss of my foster son back to DCF. This time, I was worried about myself. This time I had thoughts of hurting myself. This time I cared about getting better. I, not ashamed, admitted myself to the same short term psych unit I was in all those years ago. I did it because it saved me then, and I knew, it would save me now.

Being hospitalized wasn’t perfect. The psychiatrists were basically non-existent during my visits, the first that lasted 12 days, the 2nd lasting 5 days. Both stays contained weekends and holidays, days that, well, doctors didn’t work. I mean who wants to work on a weekend or holiday?! It’s like us patients could put our issues on hold until they came back. The life saving measures I found in the hospital were through myself being able to focus on me, medication, their slipper socks (still feel safe in them), and its therapists and nurses. They were nice and didn’t treat us as a threat to society. We were respected. We were people.

One thought on “How Being Hospitalized Saved Me”